Bobbejaanland
wows radio and tv with a smile

The summer is the ideal time for a day out with the whole family. And Bobbejaanland is the ideal destination. An attractive radio and TV commercial was specially designed to win over kids and particularly parents. We added a special twist to the campaign.

Where the fun is

If you didn’t know already: Bobbejaanland in Lichtaart is one of Belgium’s biggest amusement parks. Back in the day there were plenty of cowboys and Indians, but now a new sheriff is in town. The park has given itself a refreshing, youthful makeover. It is investing heavily in its attractions, while protecting its family-oriented image.

That’s working a treat. At the Diamond ThemePark Awards 2018 - you could call them the Oscars for amusement parks in the low countries - Bobbejaanland won the award for the best rollercoaster and the best show. Proof that Bobbejaanland continues to be the place to be, where the fun is. 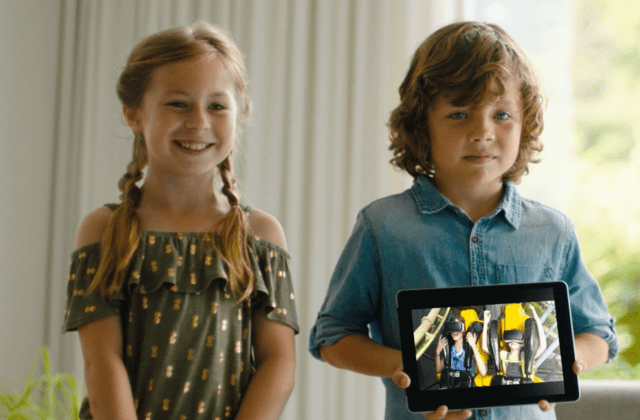 Sons and daughters hold great sway over their parents purchasing behaviour. They have a central role to play in influence marketing. Not least when it comes to amusements parks. That idea was the starting point for the TV commercial we devised for Bobbejaanland. Brother and sister make their pitch to  um and dad at home, tablet in their hand, as Bobbejaanland marketers: cool rides, great atmosphere, the latest Dreamcatcher rollercoaster with virtual reality. All at the very reasonable price of...!

It’s just too hard to say no. Our video team assumed full production responsibilities for the commercial, bringing in director Nicolas Vantomme (André) and cameraman Dries Delputte. They captured the park rides and the kids’ living room pitch just right.

The commercial was first aired at the end of June on VTM, Q2, Vitaya and CAZ.

We also recorded a radio spot to go with the TV commercial. Again, it was the little ones who were tasked with pitching their strongest arguments to sell a day out at Bobbejaanland to Qmusic and Joe listeners. Not heard it yet?

We dispatched a professional film crew to Bobbejaanland to shoot the latest TV commercial for the amusement park. They were able to capture the atmosphere and the experience of the rides just so. All in one day. Extras, technical equipment, catering.

Our production team even made sure the sun put in an appearance. After the exterior shots, the team retired indoors to shoot the family scene. It all went very smoothly. 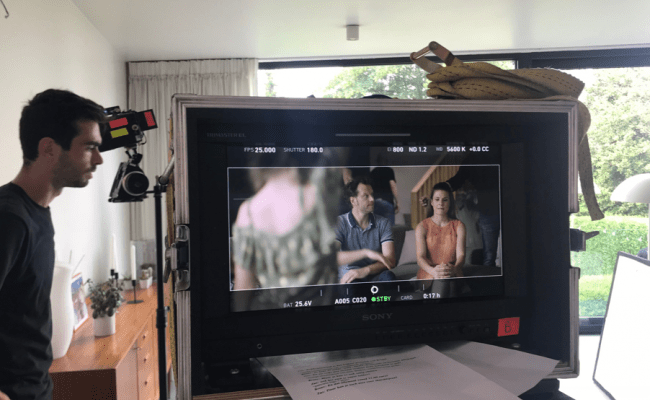 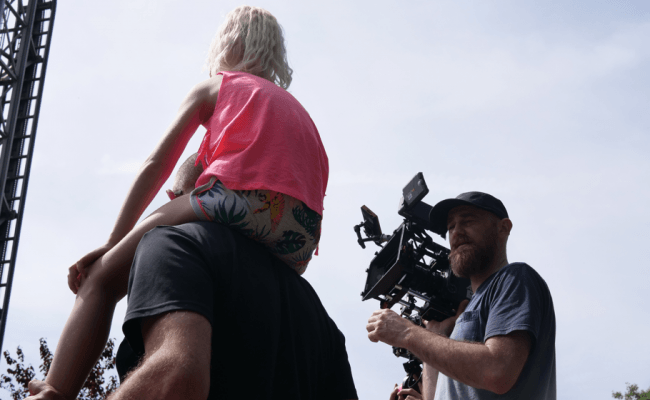 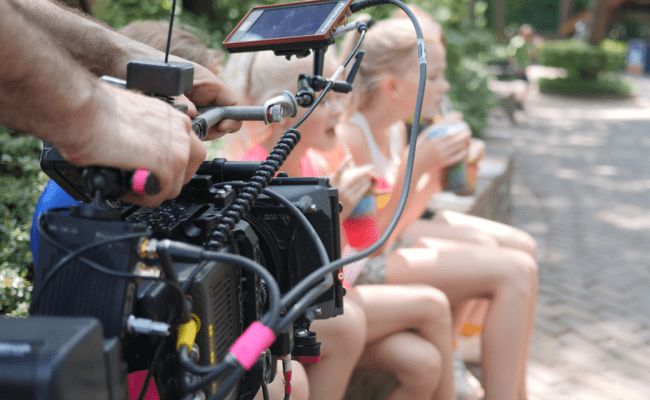